The rivers of Quebec City embody the history and also the future of the city. They are sites of early settlement, of industry, and also of critical ecological and environmental importance. They also represent the subconscious of the city and they hold the potential to transform the social, cultural and economic life of the city. Our analysis has led us to understand how each river has a wider territory of communities, infrastructures and spheres of influence with unique constraints and opportunities. Our proposal addresses this wider social territory and suggests that the rivers become generators for the transformation of Quebec City by recalibrating its relationship with nature to create a more connected and interactive landscape and reset the balance between domestic life, leisure, work, and knowledge. The proposal is based on the following key themes:

Re-Connecting the City whereby the rivers become fulcrum points in the development of new sustainable links across the city such as bicycle routes, river bridges, land bridges, linear parks, tree walks, cable cars in a broad network of connectivity.

ReWilding where contaminated and derelict areas such as the mining areas around the Montmorency River are reclaimed by nature over a number of years in a managed process to create flourishing new woodlands and natural habitats that can also sustain new forms of human activities and cultural developments.

New Productive Landscapes where the underlying rang system by the northern areas of the Beauport River is adapted and expanded to form a landscape of horticultural production ranging from commercial market gardens, to vineyards, farming areas, community gardens and micro-allotments. Community-based horticulture is sustained by new irrigation systems (that will also alleviate flooding), and supported by new markets and trading structures, centres for learning, tourism and camping. Our proposed special interest zone by the Ruisseau Rouge tributary of the Beauport and the power station is an exemplary site for the interaction of community based horticulture, new community and cultural facilities, and the enhanced ecologies of the river.

Interactive Landscapes of Knowledge and Culture where a network of receptors collect data about the rivers, wildlife, climate etc. and relay this constantly changing information to study centres and laboratories, to local communities physically, via interactive structures, and virtually, via apps. It will be, for example, possible for visitors to track bees and their activities in hives, to be alerted by rising water levels, and to have updates on the activities of such keystone species as beavers.

New Typologies and Opportunities for Development – we describe potential new urban, landscape and architectural typologies to facilitate and implement the above. 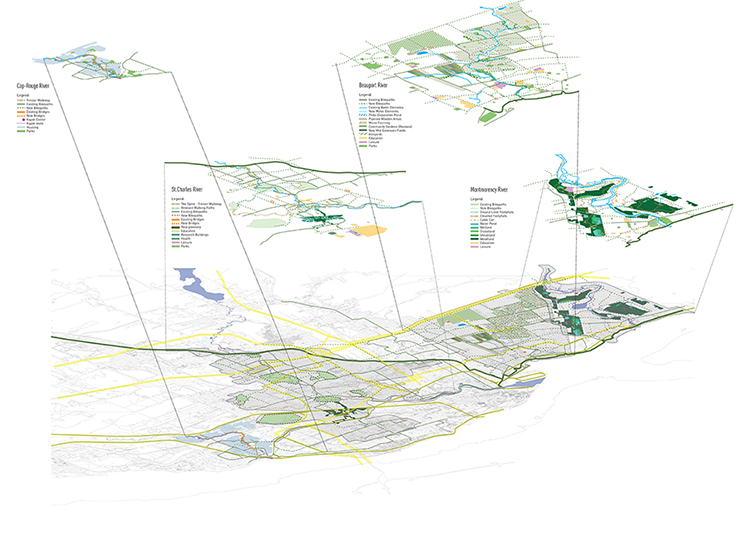 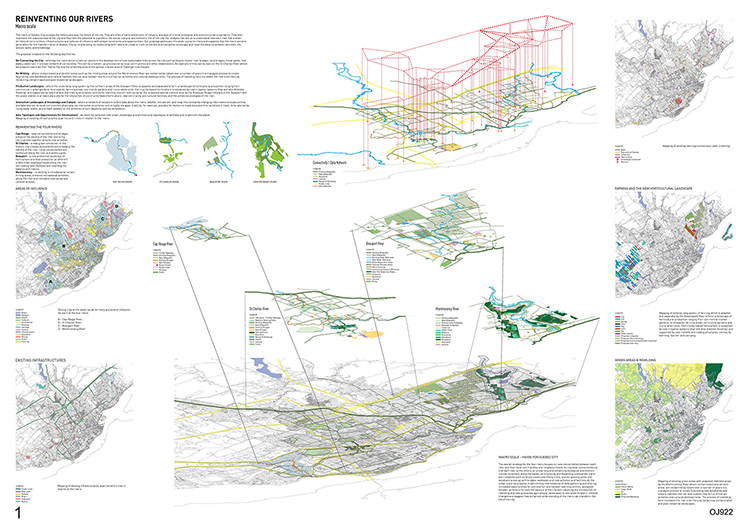 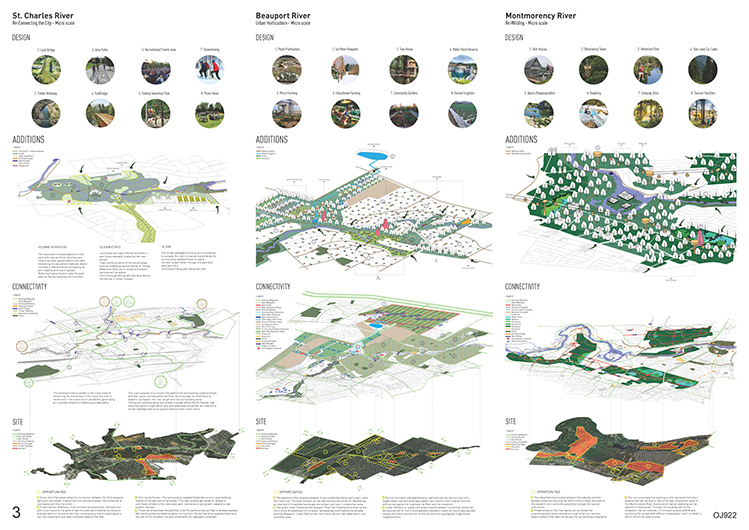 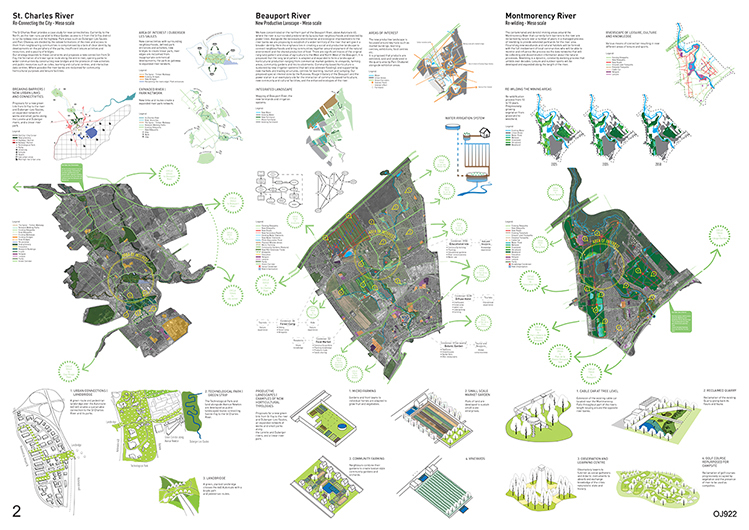